Spanish artist-designer Jaime Hayon was born in Madrid in 1974. After studying industrial design in Madrid and Paris he joined Fabrica – the Benetton-funded design and communication academy in Italy- in 1997 where he directed the design department until 2003. Hayon set up his own studio practice in the year 2000 and dedicated himself fully to his personal projects from 2003 onward, today he is one of the most acclaimed creators worldwide.

His concern for the conservation of craft skills and his way of challenging design has led him to develop renowned work for Baccarat, Fritz Hansen, The Groningen Museum, Bisazza, Bosa, La Terraza del Casino, Lladró, Magis, Established & Sons and Faberge among many others.

In 2008, Jaime was guest of honour at Belgium’s Interieur Biennial, the youngest person ever to receive the accolade. Time magazine included Hayon as one of the 100 most relevant creators of these times and Wallpaper magazine has listed him as one of the most influential creators too.

With offices in Italy, Spain and Japan, Hayon’s main interest is to find challenges and new perspectives continuously. 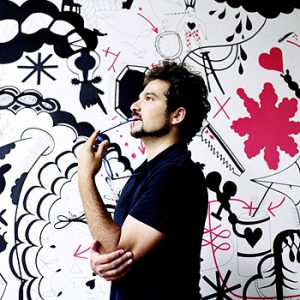